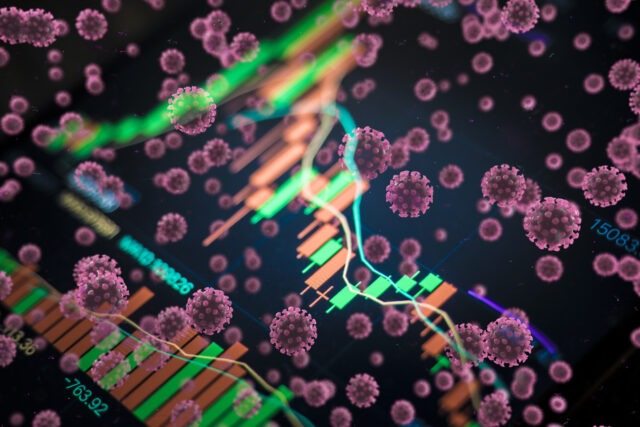 “The country’s economy will suffer the impact from COVID-19, since less monetary mass in circulation will result in less consumption, as a consequence of the expected sharp decline in GDP.” This is how the situation is defined by Lorenzo Castilla, Development & Investment Director of Unibail-Rodamco-Westfield.

Nevertheless, he finds it difficult to expect a crisis similar to that of 2008 or a huge number of real estate companies having problems due to the low levels of leverage of players within the industry.

Sandra Daza, General Director of Gesvalt, pointed out that “In 2008 we experienced a financial crisis, which directly affected the real estate industry in full bubble mode. The current situation is external and has nothing to do with the internal management of our economy, so the response has been the same at a global level: fiscal impulse measures.”

Daza indicated that, although it is evident that the situation will have an impact on the real estate industry derived from the increase in unemployment rates, loss of purchasing power and uncertainty, it will not reach 2008 levels, and the leverage situation, healthier than that year, is going to allow to recover a positive situation in the short term.

“Unlike in the previous crisis, we find ourselves in a situation that will allow our industry to be the engine of economic recovery, which requires that the necessary measures be implemented to reactivate the economic flow and allow the creation of new employment.”

She added that it should also be noted that this impulse has been carried out within the EU framework regardless of each country’s starting point in terms of deficit and public debt.

The managing director of Corestate Capital Advisors, Christopher Hütwohl, assured that, despite the real estate industry not being so leveraged, there is a significant liquidity issue in the corporate sector, especially in SMEs, due to the stoppage caused by the COVID lockdown. “Therefore, banks are being more careful with new loans, keeping liquidity reserves to face this increased credit risk, so financing issues may arise.”

He added that a drop in LTV / LTC ratios (to a maximum 50%) and greater selectivity in terms of locations / cities / regions where projects are financed can already be seen. “This will hamper mortgage lending and, as a result, slow down the current trend.”

Sandra Daza, General Director of Gesvalt, thinks there is confidence in the EU’s role as a guide and anchor for the economic reconstruction of Spain.

The current trend is positive: 2019 set a record for direct investment in real estate assets in Spain, with more than € 12 billion, accounting for a 5% year-on-year increase:

As regards alternative assets, student residences and nursing homes stood out over the rest.

Daza anticipates that assets within the retail and tourism industries will suffer the most. On the other hand, she thinks the prospect is not clear about offices and, to a lesser extent, housing and logistics, which have been less impacted.

Investment data: More than € 3 billion were invested in real estate in Q1 2020, 25% more than in Q1 2019. This was mainly due to housing, services and especially retail, which doubled investment compared to 2019. This reflects the positive trend seen at the beginning of this year:

Jorge Guarner, President of Healthcare Activos, said that although nursing homes have been under the spotlight during the crisis, their situation has not been dealt with in-depth. “We must be very proud of our health system, since Spain has the second-longest life expectancy in the world, just after Japan.”

Residences are a key factor in the healthcare system, since 60% of hospital costs are incurred within the last five years of people’s lives. He added that it is calculated that 15% of the elderly over 80 need to be institutionalized since they are dependent, multi-pathological, and polymedicalized.

It is important to emphasize that the purpose of nursing homes is to care and not cure, which is hospitals’ business. Within this framework, putting the person at the center and offering them the best possible services around them, the role of nursing homes is essential to care for those in need, taking care of the elderly with high dependency, and relieving the burden on hospitals.

The President of Healthcare Activos demands agreements for health systems and nursing homes at the European level, since nursing care needed by patients is similar in all countries.

Data: With regard to beds, 25% of them are publicly owned and managed, 35% are in the hands of NGO’s and associations, and the remaining 40% belong to private operators. 20% of the total number of beds are in nursing homes with less than 50 beds, which in many cases are not provided with the necessary services to guarantee the health of the highly dependent elderly.

“In Spain, good as it may be, the system has been on the verge of saturation and hospital and health capacity should be strengthened, something that will be more relevant given that the demographic curve shows that the number of people over 80 years of age will increase by 900,000 until 2033.”

Given this situation, he remarked that it is necessary to adapt and professionalize that 20% of small nursing homes and increase the number of beds so that they can accommodate elderly and chronically ill people, thus preventing hospital bed saturation.

With regards to conditions, according to him the optimal number of beds per nursing home is 120-150, divided into modules of 30 people depending on their ailments, to prevent care from being dehumanized, and with a significant weight of individual beds, although double-bed rooms have their meaning for the future.

Outlook on the Retail Industry

Lorenzo Castilla, Development & Investment Director of Unibail-Rodamco-Westfield, said that shopping centers have opened with encouraging data and people want to return to their normal lives. “After preparing the centers to be safe areas, the spaces have opened with drops in the number of visitors of only 30% compared to usual. In China, the decline exceeded 50%.”

He also asserted that purchase conversion rates have been much higher, with a special interest in sports, electronics, and home, and the average ticket has also increased.

After the implementation of these additional safety measures, such as more frequent cleaning, generalized use of face masks and access controls, he thinks that figures are positive and normal is not so far as it seemed.

“The next challenge is to recover leisure activities. In many shopping centers, they revolve around cinemas, which are starting to open now, but most blockbuster releases have been postponed. These leisure and restaurant areas are the ones that need to be reactivated to recover 100% of the activity.”

As for online shopping, although it has speeded up, he thinks that physical shopping continues to offer great advantages, such as the immediacy when acquiring the product or the emotion and experience of a shopping center. E-commerce and physical commerce will coexist in the future.

Not all shopping centers will adapt to becoming a meeting and experience point in the same way, since there will be a high polarization between prime and secondary levels.

In this transformation, one of the upward trends is Health & Wellness, which offers a differential value to the customer compared to online shopping.

In general, he is confident that the industry will continue to be very strong for customers, retailers and the investment market.

Faced with an uncertain situation, Daza said as a headline: “Don’t panic.” Because, although it is a challenge to conduct valuations in the context of a stationary market with very few comparables, the experience and the existing background in each market allows us to apply the best valuation approach in each case.

In this sense, she said that the principle of prudence will be maintained in this activity and at the time of analyzing any income statement or business plan. Nevertheless, banks are bound to demand more guarantees for products under development, which will have to be considered.

“Don’t panic.” Because, although it is a challenge to conduct valuations in the context of a stationary market with very few comparables, the experience and the existing background in each market allows us to apply the best valuation approach in each case.

Flexibility of Use for Shopping Centers

For his part, Lorenzo Castilla, Development & Investment Director of Unibail-Rodamco-Westfield, said that flexibility in the use of land and spaces is completely necessary. He believes that the future is urban shopping centers combining different uses, including offices, leisure areas, housing, retail, etc.

He also requests this flexibility from all autonomous communities, with more unified legal frameworks, as well as greater agility in license processing, following the Anglo-Saxon model. This is the method to avoid empty or uninhabited areas or buildings and generates centers of economic activity.

In addition, he remarks that in this way a higher density is achieved in cities, with better use of land, being more economically efficient and more sustainable. 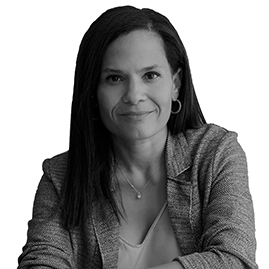 Learn more about the superior expertise provided to clients through VRG Spain.

Learn more about the superior expertise provided to clients through VRG Argentina.

The pandemic’s unexpected changes have had a turbulent impact on Argentina’s economy. VRG looks at the effects and potential post-COVID outcomes for the region’s businesses.