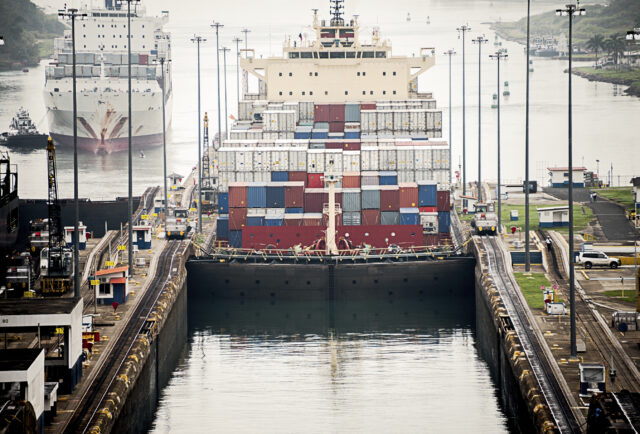 Since World War II there has been an exponential increase in global trade, requiring the transportation of an unprecedented amount of goods to every corner of the world. The existing global transportation infrastructure (seaports, seaways, railways, etc.) – some of which pre-dates the second world war – is no longer adequate to satisfy current global demands. Significant improvements must be made. In order to facilitate these improvements, capital will have to be raised through international financiers.

These improvements will also require the assistance of professional service providers including investment bankers, lawyers, accountants, business consultants, and valuation professionals. Valuation professionals play a unique role in international finance as other participants rely on valuators to provide a threshold level of assurance with respect to the overall viability of a project or undertaking. The Panama Canal expansion project provides a clear example of the importance of the valuation process in international finance.

Completed in 1914, the Canal is considered one of the largest and most difficult engineering projects ever undertaken. The Canal extends approximately 50 miles, through the Isthmus of Panama, from the twin ports of Critobal-Colón on the Atlantic Ocean side to the port of Balboa (near Panama City) on the Pacific Ocean side. Tropical forests and mountains made for arduous conditions during the building of the Canal. In fact, more than 27,000 workers perished during its construction due to tropical diseases, such as yellow fever and malaria, and environmental conditions such as landslides.

The Canal, controlled by the United States until 1999 when it was turned over to Panama, has had an enormous impact on shipping. The Canal shortened the distance between the Atlantic and Pacific Oceans by up to 9,000 miles, saving ships from the long and treacherous journey around Cape Horn, the southern tip of South America. For example, ships bound for Japan from the East Coast of the United States save approximately 3,000 miles by going through the Canal. More than 13,000 ships pass through the Canal annually. In 2003, commercial transportation activities through the Canal represented approximately 5% of world trade.

The Canal has also had a transformative impact on Panama and the region. Despite its small population and area, 3.2 million people and 30,193 square miles, respectively, Panama has become an important center for international trade in the Western Hemisphere, as both a major shipping thoroughfare and a regional economic power.

As a means to extract part of the time and cost savings, a toll is charged to any ship traversing the Canal. Tolls for the Canal are determined by the Panama Canal Authority or Autoridad del Canal de Panamá (ACP), the autonomous agency of the Government of Panama charged with managing, operating and maintaining the Canal. Tolls are based on vessel type, size, and type of cargo carried. The most expensive toll for Canal passage to date was charged on September 25, 2003 to the luxurious passenger vessel Coral Princess, which paid $226,194.25 for passage. The average toll, however, is around $54,000. 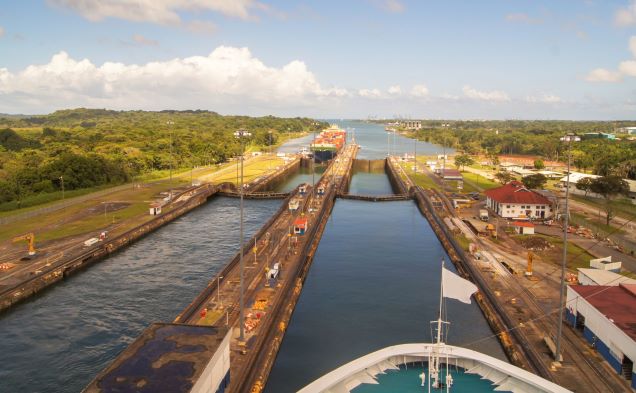 Get the original feature article from VRC as published by ACG Chicago’s The International: A Cross Border Transactions Bulletin.

The Need for Expansion

Now more than 90 years old, the Canal handles more vessel traffic than had been envisioned by its builders, with a continuous queue of ships in Panama Bay, and some ships waiting up to five days to pass. According to Canal officials, ship movement is increasing at a rate of two percent a year, while cargo tonnage goes up eight percent a year. Despite gains in efficiency, the Canal is already operating at more than 90% capacity and is soon expected to reach its maximum.

The size and design of ships themselves have changed beyond recognition since the Canal was designed. Panamax ships, the largest that can use the waterway, are about 100 feet wide, and must painstakingly maneuver through the Canal’s locks with just two feet to spare on each side. The post-Panamax ships under construction are too wide to fit through the Canal’s narrowest stretches. Currently, close to 50% of the transiting vessels are using the full width of the Canal’s locks, and it is anticipated that by 2011, 37% of the world’s container ships will be too large for the current Canal. In addition, Mexico and Canada hope to pull shipping traffic from Panama with their railway systems.

To ensure that the Canal remains a vital link in world trade, Panamanian President Martin Torrijos proposed an expansion calling for the creation of a second, wider Canal which would handle the overflow of ships, as well as accommodate the wider post-Panamax ships. Torrijos has called the expansion, “the most important decision about the Canal and its role in the 21st century.”

Ultimately, Panama’s economic and strategic future may rest on whether the expansion moves ahead. If the Canal is not upgraded, it would be not only a loss of opportunity but also a decrease in the total usage of the Canal. The Canal would likely become a regional hub, where the larger ships come into port and drop off goods for reshipping to smaller vessels around the region.

The ACP will likely turn to the shipping companies or the World Bank to help finance the project. It is anticipated that financing will be raised through an issuance of bonds analogous to municipal bonds. Financing groups will require that the ACP present the Canal, not unlike any other public international business concern. Accordingly, international financiers will require comfort that the underlying enterprise in which they are investing has the financial wherewithal to repay its debt obligations in accordance with the terms of the issued bonds. Informed investors are able to extrapolate this information based on a review of an independent and objective third party valuation (together with other due diligence).

A consolidated business enterprise valuation of the ACP, including the Panama Canal, was also required for purposes of obtaining the appropriate credit rating with the SEC and for financial reporting purposes under International Financial Reporting Standards.th the global importance of the Canal and the legacy of those who built it.

Valuation professionals play a unique role in international finance as other participants rely on valuators to provide a threshold level of assurance with respect to the overall viability of a project or undertaking. 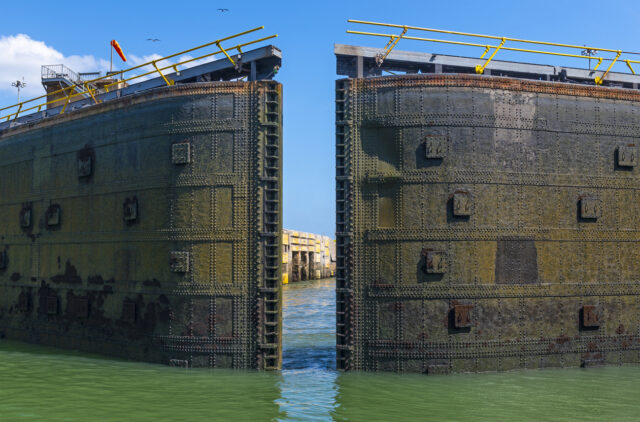 At first blush, it seems like a truly daunting task to place a quantifiable value on an entity that has had a revolutionary impact on the global shipping industry, is the economic lifeblood of an entire country and is one of the world’s great engineering marvels. When these factors are considered together with the fact that the Canal’s construction cost the lives of tens of thousands of Panamanians, the political, social, cultural and economic forces that can impede a reliable and unbiased valuation become all the more palpable.

However, there were certain factors that allowed the valuation to be based on objective and verifiable criteria, rather than the subjective perception of various stakeholders. There are three basic approaches to valuation: The Cost Approach, based on the cost to reproduce assets, the Market Approach, which considers market exchange for comparable assets, and the Income Approach, which relies on capitalization of potential future income.

While it is often preferable to utilize more than one valuation approach, the Income Approach was determined to be the best approach for the valuation of the consolidated ACP. The lack of publicly traded comparable companies made it difficult to implement the Market Approach. Although the Cost Approach was utilized to determine a floor value in the event that assets were liquidated, it was the Income Approach that best predicted the future earning potential of an expanded Canal and the capacity of the ACP to service additional long term debt.

The Income Approach was used to determine the Business Enterprise Value (BEV) of the Canal, which represents the total entity value or total capitalization of the ACP. The BEV was derived using a discounted cash flow (DCF) analysis, which involves developing future cash flow projections and determining their present value. For example, an estimate of the number of ships that are too large to traverse the Canal and are thus currently using alternate routes was determined. An estimate was then made of the number of those ships that would use the Canal once the expansion took place and of the revenue that would be generated by the increased traffic. That revenue stream was then given a present value.

This Income Approach was consistently applied to all relevant factors and the BEV of the ACP was determined to be $6.5 billion to $7.3 billion. Confidence in the Income Approach was bolstered by the fact that the ACP had audited financial statements, which were based on U.S. Generally Accepted Accounting Principles (GAAP). In addition, the Canal had fairly controllable sources of revenue and expenses which made forecasting of future income more predictable.

To the uninitiated, undertaking a valuation of something of the scope, complexity, and history of the Panama Canal may seem overwhelming. However, through the use of GAAP and the rigorous application of internationally recognized valuation standards the core drivers of the Canal’s value could be identified and measured. Ultimately, this objective approach is the best way to acknowledge both the global importance of the Canal and the legacy of those who built it. 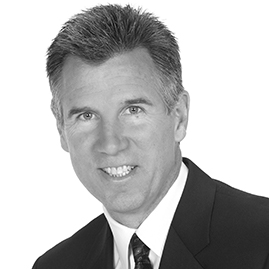 Education Technology is an emerging and booming sector in India.

Insights on the evolution of Indian healthcare industry including hospitals, telemedicine and the diagnostic sectors.